English: Jay Cutler of the Chicago Bears warming up before a game. (Photo credit: Wikipedia)

Well Cutler is in the hot seat as of now. Jay Cutler quarterback of the Chicago Bears, must pay a $10,000 fine because he was apparently taunting the Minnestoa Vikings‘ cornerback (A.J. Jeffeserson) by filpping the ball to him. (Are You Serious? LOL ..)

And that was because Cutler assumed that Jefferson had hit him late intentionally after a play. And not only was it a bad week for cutler on this issue, but a few other football stars have been sacked with stiff fines as well.

Houston Texans‘ J.J. Watt was hit with a fine and he was followed by, DeAngelo Hall from the Washington Redskins, and Ndamukong Suh from the Detroit Lions were hit with fines as well all in a week’s time. DeAngelo Hall had the highest so far, out of the other 3 players his total payment towards his fine will be $35,750 for two penalties.

Behind him was J.J. Watt who had been slapped with a $20,000 fine for a horse-collar tackle and a additional fine for a late hit that was unnecessary.  Seems like these guys just like giving up money to me… Pass me some if it’s been thrown away like that right haha…

LOL if anything the Bears just need to be foucusing on winning games instead of silly stuff like this. They had a lost

handed to them recently by the Packers, and after them was a lost to the Detroit Lions. For the Packers though I

have to say, they are established pretty well in defending the quarterback, they like to drive the ball (When FavreWas There He Would Throw Like 140 Passes Sometimes To His Teammates And They Would Run For TheTouchdown) so basically the Packers like to run the ball, sheild the QB well, and capitalize off passes for the

And they do focus well on the task of obtaining victory rather well. The Bears just need some focus to

be able to improve their game play strategy, and that can help them become a better and a  more driven team that

will definately take them further towards another “Super Bowl Victory,” and they need to hurry. Cause it has been 25

years since I last saw and knew about..  I just hope we don’t have to wait another 25 years to wait to see that again 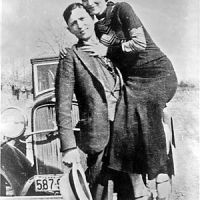