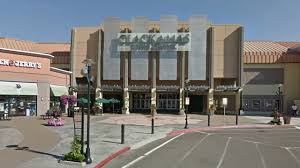 Yesterday in a Portland mall eyewitnesses said that they saw a man come into the mall dressed in camouflaged attire, face hockey mask shield, and donning a bullet proof vest, and in a low-tone calm voice said to the shoppers there “I am the shooter,” then he opened fire on the shoppers inside the mall.

Cell Phone video was taken in the mall of shoppers running for their lives trying to exit the Department Store. One of the shoppers told reporters that he heard, 5-7 gunshots then a pause then another 5-7 shots then 4-7 shots. Another shopper said it was the most terrifying experience of her life and shocking.

The mall was packed that day with over 10,000 shoppers yesterday, and after the shooter just let loose with his firearm everybody flooded out of the building in horror and disbelief. When it was all over the shooter killed two people one had to be rushed to the hospital, and then the shooter himself ended his own life with a single gunshot inflicted form his own weapon.

The authorities believed that the shooter had acted alone on his deadly shooting spree. Even mall employees that saw what was taking place were shocked of the whole event that unfolded before their eyes, including the Mall Santa that said, “I heard about 18 shots, I decided it must have been a semi-automatic and I then Dropped to the floor.”

State and Federal Officers eventually arrived on the scene to confront the shooter, but in order to get into the mall the shoppers still had to be evacuated, which took hours. By the time they did get inside the shooter had already taken his own life. The shooter was identified as Jacob Tyler Roberts, 22, of Portland. The Police as of now are continuing an investigation of the whole event.