Urlacher’s Comments On The Fans And Media On

Brian Urlacher has come under a little fire as of late, due to the comments that he shared (That Where Not All Too Positive LOL) about the way Fans and the Media have been blasting out the team for their struggling win season and the Media blasting of  Lovie Smith.  Sunday the Bears went up against the Packers, and as people know the Bears are having trouble producing wins this was more of the same in a game that slipped into the hands of the Packers 21-13.

And when the critics was calling for Lovie to be removed as head coach, it sparked a fire under Urlacher that just couldn’t hold back the silence anymore about all the pot shots on Smith and the rest of the team. During his interview on Fox, he let loose some cannon blasts back on the Fans as well as the Media that seemingly had Smith in a big fat bear head lock hold that he can’t get out of. Urlacher said: “They can say what they want to about the coach, about our players. It bothers me. They don’t know what they’re talking about. Lovie is the head coach of this football team and hopefully will be for as long time.”

“Our crowd was pretty good for the next most part. “There were loud for a minute there, the boos were really loud, which is always nice 🙂 The only team in our division that gets booed at home in us. It’s incredible to be me.”

Urlacher has been recovering from a hamstring injury, and has not been in the last few games of the season schedule.

But the loss to Green Bay puts the Bears basically out in the cold, as Green Bay scoops up the division title in Chicago. Then all the trash talk that didn’t fare out well for the Bears as they had to eat their own words on how they hated the Packers, and was going to walk over them like crazy teens walking over one another in an out of control Marsh Pit dance concert.

Brandon Marshall took a few questions and commented with the media but was not at all in a good mood of course due to the Bears’ loss. Marshall just exited out of the stadium in frustration and disappointment. 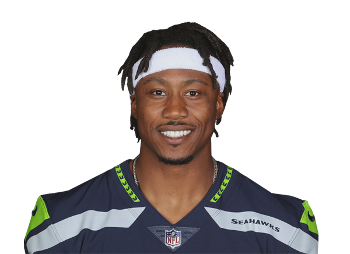 But Marshall did leave one comment before leaving out, he said: “The offensive is so bad that everybody should be accountable, and that includes jobs.”

Wow he might be hitting on a keynote there, and it DOES NOT look well for the Bears at this point in terms of possibly clinching a playoff spot. Their record attests to that as it went from a strong 7-1 at mid-season, to an unbelievable 8-6 from losing their last 5 games. And all together their overall record stands at 79-63 for nine seasons so far.

So from this point out, we have to wait and see how it will play out for the Chicago Bears for the ending part of this season now.

Urlacher’s Comments On The Fans And Media On Lovie Smith…

Till Then My Motto: Stay Calm, cool, collective, knowing that the only thing that keeps you from making a difference is yourself strive for the best!