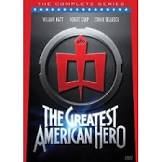 was about the everyday mild-mannered teacher “Ralph Hinckley,” gets his life flipped upside down one day as he takes his class on a field trip and their bus seemingly just stops out in the middle of nowhere, he decides to go for help to see if he can any assistance to get the bus going again. As he walks off he tells the kids (High Schoolers LOL) to mind themselves until he comes back with help (Disaster Just Waiting To Happen Haha).

As he walks down a long dirt road trying to figure out what to do, he comes across this F.B.I agent guy named Bill Maxwell (In Which He And His Class Encounters Earlier At A Fast Food Joint While On Their Trip), and they compare notes on their situation which is the same Maxwell’s car just went out (After Almost Creaming Hinckley) on him like Hinckley’s bus.

In commerce of a short argument, mainly Ralph accusing Bill for almost running into him with his vehicle, and Bill shouts back at him about not being able to control his car like it was being controlled by itself. Then they see these “Orbs” twirling in around in the air…

In the mist of the debate between the two trying to find out what happened to Bill’s car, a giant round spacecraft  LOL comes in from outer space (Yea Getting To The Weird Side Gotta Luv It!).

It hovers overhead in a the distance they just stare in utter terror and disbelief, the craft is slowly turning in the air with a strange sound maybe some type of power surge to keep it airborne no doubt. Then a blue streak of light hits the ground, and a guy is standing in the distance with a black case in his hands as he calls out to Bill.

At the beginning of the pilot episode, this was the same guy who was being chased by some cult gang and they killed him.  After his friend gives a short explanation of the suit and it’s purpose, he comes down to see Bill and give them the suit.

I think Bill knew when he saw his former friend now deceased but not really deceased (Hey Telling You like I Saw It, I Did Say “The Weird Side Of It”) just starts to walk toward them while they are sitting in Bill’s car with the windows up out of fear LOL.

Oh almost forgot the radio was speaking to them about receiving a suit with “Unearthly Powers.” And no not KITT‘s cousin form Knight Rider cause he is a talking dashboard.

John, Bill’s friend tells them that he will put the “Case,” in the trunk. Bill asks how is he still living, his friend simply says “It’s a new beginning for me a new life.” Afterwords Bill leaves Ralph out of sheer disbelief and says he does NOT want to get put in the Looney Bend, on account of what they witnessed.

Ralph then watches Bill take off in his car, so Ralph walks back in the direction down the road back to the bus and make the most fatal mistake as he does. “HE LOSES THE INSTRUCTION BOOK THAT COMES WITH THE SUIT HAHAHA.(Losing The Book He Can’t Understand The Usage Of It, Particularly Flying… He Crashes Alot).

(Superman and the Greatest American Hero)

From there he eventually teams up with Bill, and his lawyer friend that is handling his custody case that involves his son and trying to get him from his ex-wife (Pam Davidson) also joins them in their laugh antics of Ralph’s discovery on how to use the suit. And how they save the world making it a better place… Well if Ralph doesn’t kill himself first, LOL while trying to do so.