The TARDIS, The K-9, The Enemies, AND 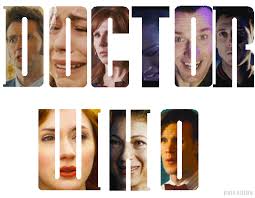 Is a weirdly but tremendously badass show that depicts a humanoid simply known as “The Doctor,” that is referenced as a travelling time-lord. His mobile box known as the ‘TARDIS’ (A Space Travelling Police Box) is infamous for it’s unexplainable size expansion trick that takes place once someone steps inside of it, if you step outside the ‘TARDIS’ the expansion effect cannot affect the outside world or exterior environment.

The TARDIS can literally surf through time vortexes, as a means of light-year transportation in mere seconds or hours (As For Us It Would Takes Eons To Get To Planet Pluto, LOL And That’s Going On A One-Way Trip :- l Can You Say” Got Infinite Supply Of Chicken Pot Pies For The Trip?”) “The Doctor” (Or Rather “Dr. Who”) is the only one who can accurately operate the box to navigate were to go and were NOT TO GO LOL.

H**l there was a recent episode of the “New Doctor Who” show where he had to steer the TARDIS in highway traffic trying to stop enemies that was trying to take over earth. He was chasing them in the flying box while they had taken this girl in their car, and he had to get the girl back haha.. It was hilarious that part was, never seen nothing like that before.

But in the old “Dr. Who” version he had other helpers or humans that would join him on his travelling  journeys through the universe, sometimes he might have one or two members that might be aboard the TARDIS with him. In one case he had this girl Ramona and K-9 (A Robotic Dog, He Looked Like A Wind Up Over-Sized Bootlegged Toy Dog) but K-9 wasn’t just for show.

He can attack an enemy if either the Doctor or a travelling companion were to get into a tough spot while on a journey facing enemies, he moves on rollers has a box shape-like body and a lazer that can extract out shooting a high precision lazer beam (Like Superman’s Heat Vision Except One-Single Beam). He even has something contraption in his head that can unlock particular doors or interact with other computers, and he is good at reading people’s physical actions (Or Body Language, Attitudes).

He is super-intelligent and can talk, so it’s hard to trick him but he can manuever only so fast LOL. So if you grab a bucket of water and toss it his way, then you can call it a day for poor ol’ K-9… After all he is robotic.

I usually would see the Doctor go off exploring something in one direction, while K-9 usually goes with the human companion in the other direction. They usually would meet up with the Doctor in some point of the episode and compare notes of any findings, or report on enemies etc..

The Enemies (Did Anyone Say Exterminate!!..)

Who Is A Mad Scientist were probably the most notable enemies that the Doctor would usually face) They can shoot a powerful beam from an antenna like projector screaming the phrase “Exterminate!!” “Exterminate Them!” Or ‘Cybermen’

they were pretty rough as well, for they didn’t show any interest or emotions for humans deeming themselves a superior race in comparison and really hated Dr. Who.

One really weird one was this enemy called “Milka,”  it was a strange statue creature that couldn’t move but I can’t remember if it could teleport around not sure.

But if you were to be present in his sight, he can incinerate someone in a matter of seconds. And I think he can sense if you were lying to him or not, again not sure about Milka but he is dangerous with the microwave thought processor mind power that can end you fast LOL.

Who would face some tripped out weird enemies, that brought some wonder to the mix of the episodes. But that would depend on which enemy he would be up against and he always finds a way to overcome them somehow or someway.

Is There A Doctor In The TARDIS?  … No House Calls Sorry

So the origins of Doctor Who is cloudy to me, he claims that he is an alien (But Looks Human To Me) from a planet called Gallifrey. The character himself was referred a lot to as “The Man From Gallifrey,” so I guess that’s why he was considered an alien in some respects because he wasn’t from Earth.

The other strange thing about the Doctor is that he has two hearts, yup the man has two hearts now why is that is beyond me but where he comes from that must be normal for his physiology and other time lords like him. And speaking of which, he can also go through something called a ‘Regeneration Cycle’ which happens when he is fatally injured or a time fluxation event which would cause him to switch places with another time lord.

And it would be weird to see him go through this process, I remember seeing an episode where this happens. And there were other Doctors that would then switch from one time zone with the other Doctor’s time zone, that’s the best I can put it to you on that one LOL. But in order for it to happen it has to be triggered by an event that forces him into “reincarnation” into the other Doctor’s body.

The Doctor himself is a genius, (Tom Baker Was The Comedian Doctor, Always Cracking A One-liner Remark Of Some Sorts In Completely Messed Up Situations And Always Offering You A “Jellybaby Candy Snack”).

(Saturday Doctor Who Photoshoot) (Companions Of Each Doctor Included And TARDISES), and that was to stop a “Very Formidable Foe,” and after stopping the enemy the “Doctors” compare notes on their journeys and then take off separately going on their on paths once again.

The TARDIS, The K-9, The Enemies, AND Doctor Who?…