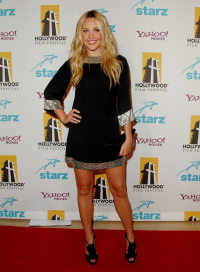 Kicked Out Of “Hotel California”

Amanda Bynes is starting to go there, and it’s not a good thing LOL. She has been acting a fool lately and if she doesn’t watch it, she might become another headlined celebrity f**k up like Lindsay Lohan 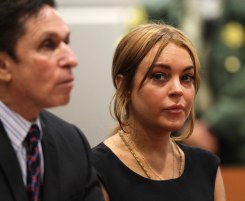 . So Bynes was arrested for drinking and driving, as a result acquiring a DUI charge that was pent against her by the Police.

After she left the station, she decided to return to the party she was at before the arrest, and when did return to the Hollywood bar she was at partying  she was turned away, by the staffers that were instructed to reject her from the bar premisses at the Standard Hotel  on Sunset Blvd Friday night.

Bynes did not put up a fuss, and just left with her friends after being told that she could not re-enter the bar.

And she was involved in a finder bumper incident, as she was driving through West Hollywood, on a suspended license. Bynes was driving her car a BMW 5-series vehicle, when she apparently lightly bumped the bumper of a white car

(Amanda Bynes came one step closer to disaster Thursday night when she was driving around West Hollywood Photo Credit TMZ) from behind but the damage was not a factor.

After she accidentally bumped the car, she covered her face in embarrassment. And since the damage was very minimal both drivers just simply took off without exchanging any insurance information (Even Though Her Driving Record Was Already Jacked Up From The Get Go LOL).

Then if it wasn’t bad enough, she was smoking marijuana while driving around the San Fernando Valley  WTF??

But the Cops are really worried about this girl’s safety, as well the safety of others. There were even pictures that were posted by the Cops of Bynes smoking marijuana while driving, which they definitely look at as over the top reckless driving behavior gone deadly.

One of the officers spoke out about her driving habits and said: “She is on the same road as my wife and kids, and I’m scared about getting a call in the middle of the night that my little one is dead.”

He goes on: “She’s addicted to something and she’s driving a deadly weapon and is going to kill someone. It scares the s**t out of me.

A second cop added: “The public should be afraid of her. From looking at the photos, and what she’s smoking, she has no sense of reality. If she’s not stopped she’s gonna kill someone.”

And the third cop: “She is going down a road that she cannot come back from when she injures or kill someone. The photos don’t surprise me at all.”

One thought on “Amanda Bynes Kicked Out Of “Hotel California””