Lance Armstrong at the team presentation of the 2010 Tour de France in Rotterdam (Photo credit: Wikipedia)

More woes for Lance Armstrong just seem to appear from the left or right, as he now faces some serious situations after the “Tour De France” dirty secret of which he admits to doping accusations.

In which he was stripped of his titles, and then stepping down from both the “Lance Armstrong Foundation,” and the “Livestrong Foundation. Not to mention sponsorships pulling him from their indorsements.

But now comes even a much bigger problem, that seemed destined to happen, he now is going to be sued for the false information he published in books that he put information to.

A couple of his readers who found out about the falsified info published into this books, are filing for “Class Action Suits,”  against him and his publisher for publishing a book about lies.

It is a shame for Armstrong for who at one time was a major sports icon in the world of cycling, not to mention inspiring others that are also into the sport of cycling.

But now with all of the heat that he has amassed for himself first with the Olympic scandal, his resignation with to organizations, now a double-whammy lawsuit.. Man it just sucks to be Lance Armstrong right about now.

So now these lawsuit are being filed by two of his readers, and this goes on the

(Federal Courthouse and Post Picture…) Federal level type lawsuit (Yea They Are Killer Lawsuits That REALLY Do Hurt) after the publishers turn around and said the book are based on lies. And how this came out was because, Armstrong himself had once again came forth like with the doping charges and said that the books are falsified with information.

So two guys Rob Stepsmen who is Public Affairs consultant, and Johnathan Wheeler who is a professional Chef are asking the U.S. District court in

who fell for the false advertising. So basically they are asking for refunds for all the people who purchased Armstrong’s book.

And you have to admit Armstrong did have this coming to him. Because lets face now him had admitted to this, it also pulls into the “bad light” of the publishing company’s reputation. And Publishing is not a ‘glamorize’ type profession, it’s one of the worst professions to be apart of when publishing content.

And the last thing is to have people lose their jobs over this matter, I mean come on there is enough job loss epidemic situations in Illinois alone for God’s sake.

Then it getting to the point for most publishing companies these days, to maybe hire Private Investigators,  to  monetize content that is to be examined throughly before it is published? Who knows.. They might just consider this option, to avoid ugly situations like this that can kill their reputation. 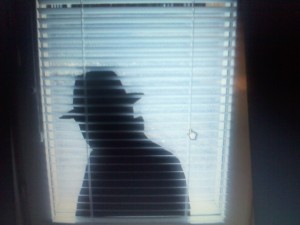 But it would be tedious to go through all that just trying to check out the person or persons, who are looking to publish information to the masses in the world LOL. You get background check today simply when you go grocery shopping and your credit card might say invalid funds after being swipe through the card reader, then the clerk has to call their manager into the matter to find out why your card is being rejected.

But there is more to add to Armstrong’s publishing ridicule of his book.

An Australian Library, is looking to move his book form the Non-Ficiton section of their library to the Fiction section of it this is pushed for the demand to categorized this way because of the book’s false contents.

But for Armstrong himself, man I just don’t know…

He can he get out of this, I just Don’t think he can… The Judge is going to throw a “few books” at him for sure LOL.

But it will be interesting to see how this law suit matter at hand, will play out, so only time will tell..

Meditations on Philosophy, Strategy, and Life