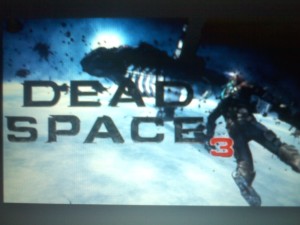 This game is just insanely crazy fun! Now I’ve played the earlier installations (Deadspace & Deadspace 2), and in Dead Space 3 there are some major changes in terms of the design and overall game play.

So Issac Clarke the main protagonist of the series itself, was if you will dragged into the whole situation of the outbreak that took place on the USG Ishumura.

And was only supposed to be apart of a repair mission with crew members Captian Hammond and Computer Specialists Kendra Daniels. (You Can View There Pictures From My Previous Dead Space Post Just Type Dead Space In The Site’s Search Bar).

And as most people know it right from the get go after the crew docks off from their ship and board the Ishamura, the additional crew members that were assisting the main characters get written off right away being attacked and murdered by the necromorphs (Human Corpses Literally Brought Back From The Dead).

And once these corpses are back among the living, they are gruesomely changed and extremely violent, and fast to attack and kill anyone still living in a hurry.

It was left up to Issac Clarke himself in both games (Part 1 & 2) to stop the creation of markers (Alien Device Structures) , which seemingly helps to spawn the necromorphs rebirth.

The situation in whole, meant the end of the human civilization, and was told to Clarke by this insane nut job guy named Mercer. And Mercer sees to have a strange mental bond with the monsters lurking throughout the ship, and desperately tries to have the necromorphs kill Clarke, by leading Clarke blindly into monster death traps.

But Clarke ultimately survives the whole ordeal with Mercer, and he finds out also that Kendra Daniels was an operative ordered to bring back the marker.

Dr. Kyne was a guy working behind the scenes, to try to help Clarke at a certain point in the game to help him rid the necromorph outbreak and destroy any Markers in sight.

Kyne was killed off by Kendra Daniels later in the game, she was a double agent disguised as a Computer specialists.

Once she used Clarke to kill necromorphs in order for her to get the access she needs  tricking Clarke the whole time and try to steal the ancient marker and then  flee the planet of infested monsters with him left behind.

Her intent was to bring the marker back to her superiors, more in likely no doubt for wealth in return.

But she winds up dying at the very end of the game, and Clarke manages to finish off the main boss creature at the end of  part 1. 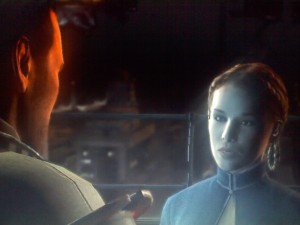 Part 2, Clarke then is dragged again back into the horror personified world he would much rather forget.

But he was taken into a ‘loony bend center’ LOL (On A Space Station Above Saturn’s moon Titan), from the events he went through in part one.

He was diagnosed with mass hallucinations & insanity in  DS2, and was once again tricked but this time by a group of Unitologists lead by Daina Le Guin (Society Based Organization Bent On Using Clarke’s Mind To Locate And Harvest Markers) that are sent by a Unitology faction to retrieve Clarke.

“Earthgov” the other faction and the commander and chief of it, Hans Tiedemann were also in pursuit of Clarke.

And again that was because Clarke, holds a key element in his mind as well as the other character introduced in part 2 that was insane I believe either way LOL.. And that was Nolan Stross.

Like Clarke, Stross held secrets buried deep in his mind.. Secrets that could unlock the key to fully understanding the ancient marker, that held powerful alien technology.

Daina Le Guin a unitology agent undercover in DS2, lied to Clarke and drew him out into the open to catch him after she tells Clarke she has a cure that can cure his condition.

She of course lies after Clarke finds out who she really is, but Tiedemann’s warships that he unleashes on Daina and A few solders of hers are gunned down in a at the titan space station.

Clarke then makes his escape in the mist of the commotion, only to be constantly hounded by Tiedemann.

Clarke eventually meets up with a survivor of the necromorph holocaust named Ellie Langford, Langford had lost her entire crew to the outbreak earlier and almost kills Issac right after killing a necromorph that was trying to attack her.

Clarke tries to reconcile with Ellie, telling her that he just wants to reach the government sector  in which he can then attempt to destroy a marker present in that location.

She rejects his offer thinking that he can’t be trusted, and then comes across Nolan Stross that claims to know Issac.

She almost shoots and kills Stross with a plasma cutter gun, but Stross tells her about Issac that he met way back at the start of the game.

She then agrees to meet at a location point, marching Stross to Issac (Stross Claims To Know How To Destroy The Marker) in which Issac can ask Stross about addition info on how to turn off the marker permanently.

From there it’s a matter of cat and mouse type survival games, as the three try to survive attacks from either the necromorph monsters, or repeated attacks from Tiedemann’s battleships that he occasionally sends after them.

Another thing to Clarke’s plight of troubles and hallucinations was of his dead girlfriend from part 1 Nicole Brennen, that appears also at the start of DS2 (Dead Space 2) and claims that he got her killed during the events of DS1.

She randomly appears to him, driving him insane, physically abusing him, and making accusations that he was why she came up dead after she took a position on the famed USG Ishamura a giant “Planet Cracking Vessel Ship”.

Stross evenutally becomes just way to unstable, and after Issac tells Eille to watch over him, while Clarke himself deals with necromorphs lurking all around the ship and tries to find them a way out of their situation.

Stross attacks Eille and pokes her eye out o the socket with a screwdriver. Eille does survive the attack.

Later Stross would also try to kill Issac, screaming “I need you to see the steps!” Screaming Step 3!! Step 3!!! at Clarke, they tussle with the screwdriver he used to guotch out Eille’s eye. But Clarke over powered Stross and stabs him in the temple with his own screwdriver.

From there Clarke confronts Tiedemann one last time, and kills him. Then he see Nicole but she really is some type of unseen monster that only he sees throughout the whole game.

A mind thing I guess.

But after he kills her, and destroys the marker, he meets back up with Eille who now has a miniture spacecraft. And they escape from their necromorph nightmare.

And that’s were DS3 picks up from there. But you can see more in the video below so check it out, and get a taste of the Issac Clarke’s horror shop of wonders that just keep pumping out in Dead Space 3!!