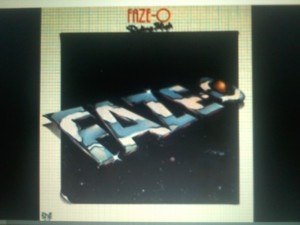 Was a funk group that was formed during the “Disco Era“, and was brought together by the leader of the “Ohio Players” Clarence Satchell that also was known for his production work in the music industry.

And as of late, more and more rappers today have a sampling of tunes and beats to put into their songs, using sounds and beats from the original groups like Faze-O from back then.

It’s not much to go on with Faze-O in terms of exactly how the group linked-in directly with the “Ohio Players”, but the few songs that they put out were pretty great and the title of this post is one of the songs sitting smack dab in front of your face if you will LOL.

So basically there is a list of songs they produced..

“Riding High” was produced in Chicago at the Paragon Recording Studios.

So I’m also thinking, that some of their songs were suggestion types tracks that were literally speaking about what the label of their song would be.

So if the song is “True Love”, maybe it’s about a girl who a guy likes and the guy of course wants to hook-up with her.

If it’s “Riding High”, maybe it’s just a guy riding through downtown Chicago or Los Angeles etc.. In a Caddy (Cadillac) and he smoking a blunt undercover while behind the wheel… (Gotta Understand Back Then Road Rage Wasn’t Like it Is Now LOL, And Cell Phones Still Had Some Time Before They Showed-up on the Scene) so accidents were not a every other day thing.

Chicago now I hate to say, is a ‘literal’ war zone haha..

The group members of Faze-O played various instruments to make up the funky tunes, of the songs..

Keith Harrison, was a compsoerof the band, and played the electric piano and was the lead & back vocals of the group.

Ralph “Love” Aikens, was on Guitar, the “talk box” (If I Right I think That Is Were The Person Talks Out A Phrase Or Line Sentence Like ‘Conversation’ While The Music Plays).

Roger Parker, was on drums, Percussion.

“Riding High” one of their top tracks of the Faze-O album had hit 19 on the U.S. charts when it came out preferably R & B charts (Rhythm & Blues)..

So take a listen to that track in the video below..