Is Brad Pitt Suffering From A Disorder?

Brad Pitt is an accomplished actor and has brought his A-game, to the movie screen many times. But the legendary actor has undergone a new challenge. Pitt has recently been having trouble recognizing individuals that he has come in contact with.

Now this is an interesting subject, I saw a movie that starred Milla Jonovich in it and she had this thing where she could not remember the face of her attacker that assaulted her in the movie. The movie was called “Faces In The Crowd”.

So I don’t know if that is a similar thing with the case of Pitt that has a hard time remember people’s faces after meeting them, and then the next second doesn’t even know who they are all together.

Yea that could be pretty tripped out you know, you just meet someone then a few minutes later you don’t even know them point-blank.

I mean what if you had a bad run-in with that person, and you completely forget about them. But they are still ‘pissed the f**k off at you’ and they decide to follow you let’s say to your house LOL and you don’t think they might pursue you…

Yea that could be dangerous.

Kinda makes you think as well, how does this affects his ability to work with others on the movie set then? 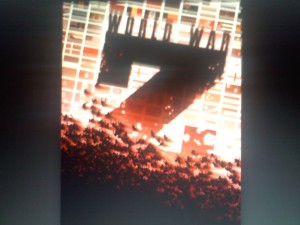 He is about to star in the upcoming movie called “World War Z“, it’s been leaked a little bit out on the net so far with June being the release month for it to premiere in theatres.

So in an interview, Pitt was asked some qusetion about what is called “Face Blindness” and he talked about that in his own words..

Pitt: “So many people hate me because they think I’m disrespecting them. I took one year where I just said.. This year, I’m just going to cop to it and say to people. “OK, where did we meet?’ But it just got worse. People were more offended. … You get this thing, like, ‘You’re being egotistical. You’re being conceited.’ But it’s a mystery to me, man. I can’t grasp a face, and yet I come from such a design/aesthetic point of view. I am going to get it tested.”  – end quote.

This is a true thing where some people just have a short term thing about remembering somebody that meet in a matter of minutes check out the video below.

Blind Faces: Brad Pitt Might Be Suffering From Disorder..