You see now I just got done talking about how celebrities get targeted over crazy sh*t. Well now there is a situation with James Cameron and a British Artist, who is apparently suing Cameron for “stealing ideas” that had made the hit movie “Avatar” a smash-box office hit.

Cameron is known for his variety of movies that either crossed the silver screen, on crossed the t.v . airwaves for some time now.

One of his shows I liked a lot, and it has made Jessica Alba well known for her role that she played as the star in was Dark Angel. That show help boost Alba’s career big time if you ask me, now she is a mainstream actress in the movie industry. 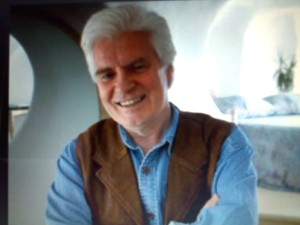 But today may not be a great day for Cameron, because of what Roger Dean is now claiming.

Dean is the guy that has made the covers for the hit music band groups Asia and Yes. And what dean is saying is that Cameron had exploited “imagery concepts” from ideas that are similar to his work.

So basically Dean is saying that Cameron is a “copy-cat”, and the visual concepts may run close to original ideas that Dean might have had in the past.

But this is what I have to say about that then..

“Why is Dean now bringing this up now, Avatar has been out for what 4 almost 5 years?

And now he steps out of the shadows to say this?.. I don’t know, it kinda smells fishy.

If this is the case, wouldn’t one think that maybe Dean should have came out about this claim some time ago?

Avatar is just that type of movie, LOL that is hard to miss. It’s been talked about on radio, television, newspapers, so LOL he’s kinda coming out late with this now.

Which throws up some suspicion on his part about the claim.

But anyway, he decided to take aim with his cannon at Cameron, and now he has filed a suit against the popular director.

And Cameron is worth about 700 million, and Dean plans to milk out about 50 million with this lawsuit he is going after on Cameron.

And this isn’t the first time Cameron has been the target of a lawsuit, because another screenwriter had also insisted that Cameron “infringed” on a sci-fi movie idea that was similar to theirs.

LOL people are so greedy and desperate it seems 😦

And that screenwriter was trying to file a suit for 2.5 billion dollars, LOL Cameron doesn’t even have that much money haha..

Cameron also said this about the suit that Mr. Morawski had filed against him in 09′.

Cameron: “It is a sad reality of our business that whenever there is a successful film, people come out of the woodwork claiming that their ideas were used. Avatar was my most personal film, drawing upon themes and concepts that I had been exploring for decades. I am grateful that the court saw through the blatant falsity of Mr. Morawski’s claim.” -end quote.

It is a shame, it just seems like eveybody is out for that green, that dollar-dollar bill, that cash flow.

And they’ll do or try anything to get a bite of it, plain & simple..

But for now Dean seems to have taken aim at Cameron with the “Cannons”.

Meditations on Philosophy, Strategy, and Life