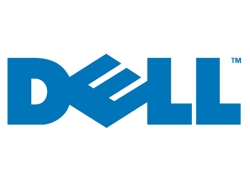 Dell Is Up For Grabs On The Bidding Table?..

Michael Dell is the guy that had put together one of the most successful runs in the computer production industry, but now at this time in Mr. Dell’s life he is faced with a huge decision.

And that decision is… Will he be able to win over some major big-time investors, that could make or break the future investment profit plans that could either bring in huge profits for his organization. Or will it be left crippled if Dell cannot get these investors to play ball.

So as of now, Dell has until the 18th of this month to try to win over investors that are looking to buy shares with the computer industry giant.

And the whole transactions is being overlooked by a special committee Dell, and it is not only

to get the investors to go along with the backing of the buyout deal.

It is also the decision of the CEO himself to do the same, so this major financial move for Dell especially after getting a surprise endorsement deal from Institutional Shareholder Services Inc. Because these are the big-time investors that they are trying to close out a win-win deal with.

But if the deal does not successfully and it falls through, then it could be a very bad situation for Dell and could really hurt by placing the organization in a financial bind.

This has got to be stressing on Micheal Dell’s mind right about now, and he only has a little over a week to see what direction he will take his organization in.

Other analysts like Bill Kreher, had added his thoughts of how this deal might turn out for Dell was this…

Kreher: “There are still several possibilities and there is a risk that the deal falls through.” -end quote.

If it all goes down well for Micheal Dell, he will be a very happy guy no doubt LOL. Not to mention the other organzation Silver Lake, that is included in this deal but they choose to remain as a “private bidder”, and that is because they regard themselves as a minority bidder in the deal.

And Dell Inc itself, will be able to move into the future surely to be able to make larger deals and possibly attract even larger offers then this one now.

So it comes down to time now, and it’s not much of that left for Dell Inc to toss the pitch for this deal.

The question is though, will the investors either catch the ball or drop it..