Cashing In The Chips..

Arian Foster is basically just another example of a College sport wonder that is exposed to the financial limelight, that can come back to haunt them later in their pro-sport years.

The situation here is that Foster had admitted to a dirty ‘hidden’ secret that took place back in his College years playing football at University of Tennessee.

And usually when you think about football players playing on the College level, you might also think (if you are very sharp in thinking about secret offers that might come their way) about what goes on behind the scenes when these players are displaying their talents out on the field in front of thousands of spectators.

So then we are thinking about “bargains”, or better incentives that are usually brought into the picture for players like Arian Foster.

Foster was questioned about his College football days, and it wasn’t for his ability to play the game as position of running back. 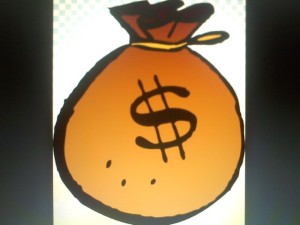 But it was more of a personal question that he came right out and confessed to, seemingly without hesitation.

And that question was simply… “did you get paid to play College ball?”

Most would turn a blind eye to that type of question, but not Foster.. Who said back “Yes”.. to that question.

Sports Illustrated had reported on the comments that Foster laid out this past Friday.

But Foster didn’t see this next situation that would arise as a result of him coming clean about getting paid to play in College, the NCAA “might” decide to step into the picture with an investigation into the matter.

And Foster made some comments about that possibly that could just happen.

Foster: “I don’t know if that will throw us into an NCAA investigation.

My senior year I was getting paid money on the side.

“I really didn’t have any money. I had to either pay rent or buy some food.

Now you have to step back and take a look at what Foster just said, and when you do in a way really I think yea they could get some type of 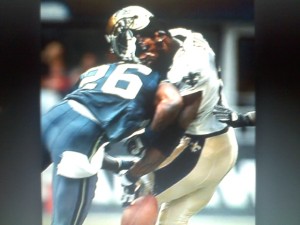 Because let’s get real, these guys are going out there and taking a beating every game they set out to play.

(damaging hit tackles like this, would make the average individual sit and really think about what football players face on the average.)

You might only get what.. About 20 years out of your body, before you have to sit the “big one” out for good from the sport –hence– (Brett Farve with all the good old injuries he racked up ever since college to the pros).

Plus in Foster case, he did go to the Coach and tell him that he didn’t have any food or money.

And he did have to pay to stay in school for living arrangements, this is the world we live in “where nothing is just handed to you on a silver platter” you see..

But I feel that they should get a reasonable amount, nothing too “extreme” because players that young are still tempted to go overboard and act-a-dam-fool LOL if they have to much flash in their pockets.

So as long as the College football league doesn’t site them for getting paid to play at that time there at the University of Tennessee, then if I was Foster I wouldn’t really worry about it much (besides he’s in the pro league now so what does it even matter).

I would just be thankful to be in a situation like that and do what I was there to do in the first place, which is to play some College league football.

Arian Foster Was Cashing In During College Football Days